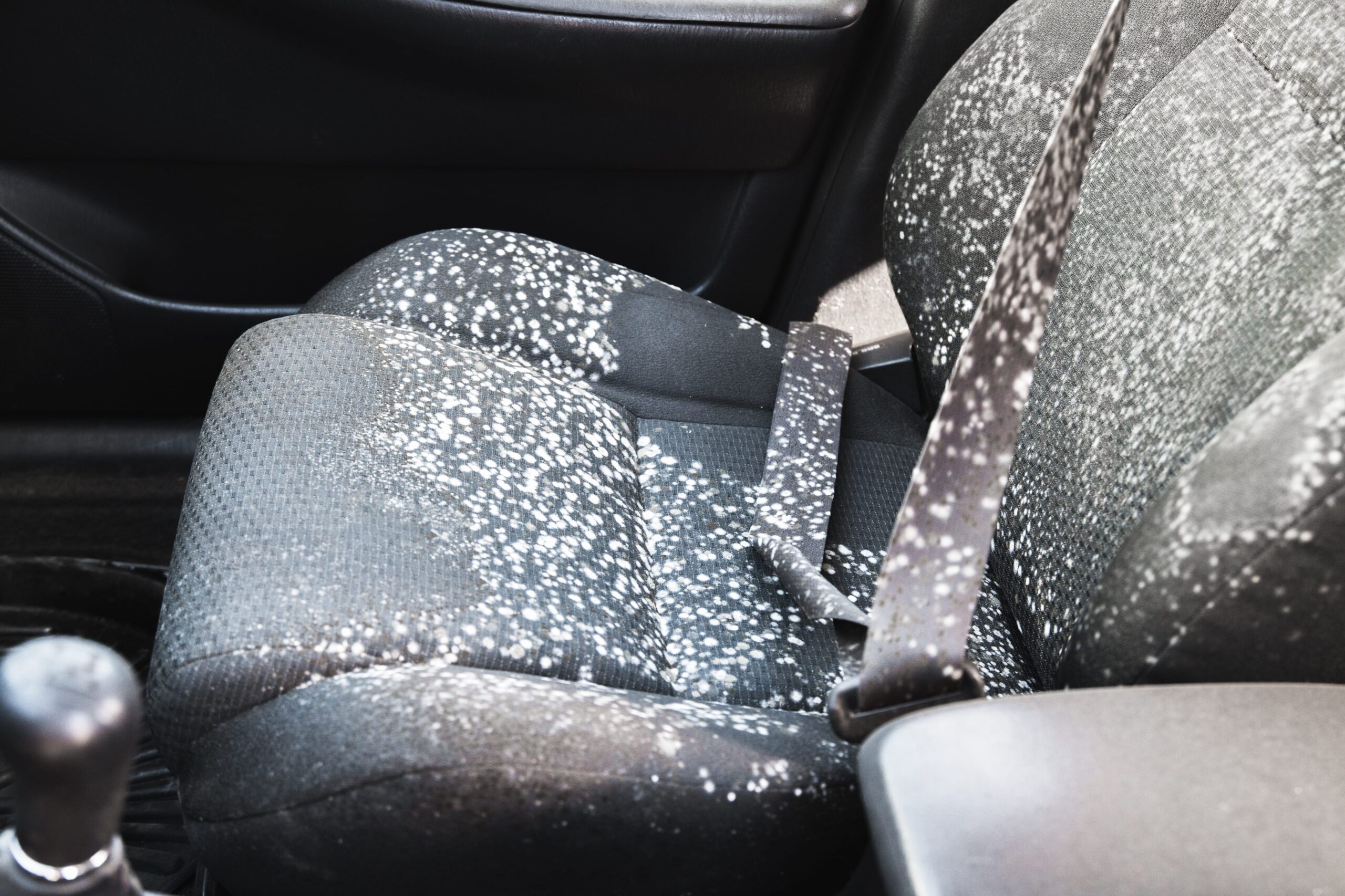 How to Remove Mould and Mildew from Your Car

By Detailing LifestyleJanuary 15, 2022No Comments

How to Remove Mould and Mildew from Your Car

There are many things on our planet that there’s no escape from; mould is one of them. This pesky fungus can grow anywhere and can take over if you do not remove it. Your car is susceptible to mould growth as well. Mould not only ruins the look but it can also cause an influx of health issues.

At the same time, there’s mildew, which is also a fungus. While being more easily treatable than mould, it can still do cosmetic damage. This is why it is imperative that you take steps to ensure that these fungi don’t prop up. But even if they do, you should be able to perform a proper mould detailing process.

For that, the following piece should guide you on how to remove mould and mildew from your car. 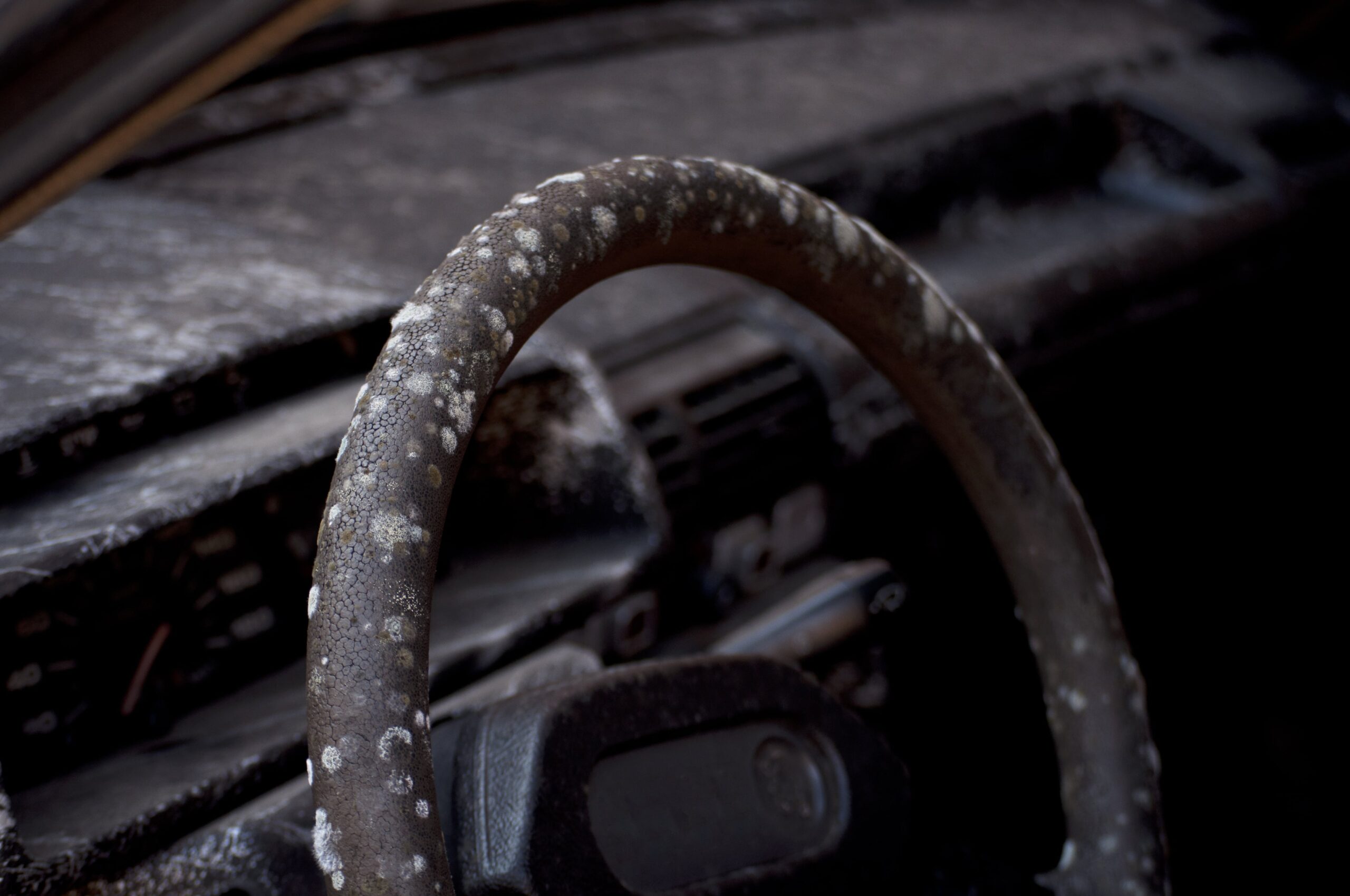 What is Mould? Mould vs. Mildew. Why Should You Remove Mould and Mildew ASAP?

As mentioned above, mould is a fungus of sorts. It can be easily identified by its dark green colour. Mould tends to form where it is hot yet wet. A simple mould spot can continuously grow if there’s a lot of humidity available in the air.

There are many reasons for mould growth. Even leaving a wet fabric or a piece of wood for a long time can cause it. Unclean vehicles with a lot of rubbish are well-suited for mould. Similarly, unused vehicles in particularly moist areas are also susceptible to this.

Mould has many negative health effects starting from irritation, all the way to fever. Then there’s mildew, which is white or grey in colour and many may find it difficult to spot it. Mildew isn’t as harmful as mould but it can negatively impact your health later on. Both the fungi smell pretty bad.

The Steps for Removing Mould and Mildew from Your Car

Mould removal is a relatively complex process and there are many ways to do it. You could use non-iodised salt, clove oil, baking soda, and even dish soap. But perhaps the most effective way to do it is to use white vinegar. In our tips, we’ll definitely be recommending this. The following are the steps:

You need to start by looking for the mould. Make sure that you wear a mask and gloves so as to protect yourself from irritation. Take your car into sunlight and open its windows. Then you need to allow the smell to leave the vehicle. This will also allow the fresh air to enter the vehicle.

You are also recommended to remove any damp objects from the vehicle. Then, you may look for circular mould spots in your car’s interior. Make sure to look long and hard in every single crevice of the vehicle. Identifying the mould spots shall give you an idea of where to focus.

Prepare for The Process

For the vinegar solution, you’ll need to mix it with water in a 4:1 ratio. Put this solution into your spray bottle and mix it up. This will break them up and make the process easier. At the same time, you can use a toothbrush to scrape on the mould patches.

Now that you have everything ready, you may spray away. After spraying on everything, you need to let the disinfectant sit for about twenty minutes. At the same time, it is recommended that you open the car’s doors so that the smell of vinegar doesn’t stay for too long.

Use the microfibre towels to wipe on all the components with vinegar on them. This should give you a good shine on the trim as well. You are recommended to let the whole car dry out. Vacuum everything again and if you have leather seats, use a reconditioner to restore them.

Wash the mats and the covers if you took them out. Use an air freshener to get out the smell of vinegar. Some detailing experts will also recommend that you use borax powder to get rid of any stains on the upholstery.

Mould and mildew can come back in cars depending on the climate they’re driven in. Hence it is important that you keep some things in mind if you need to prevent their growth. You are recommended to keep your car dry by parking it inside.

You can take this a step further by always ensuring that your windows are closed. Also, you should try to avoid eating and letting others eat in your car. Bits of food fall inside the car and act as fuel for the mould. Try to disinfect your car from time to time using the techniques mentioned above. 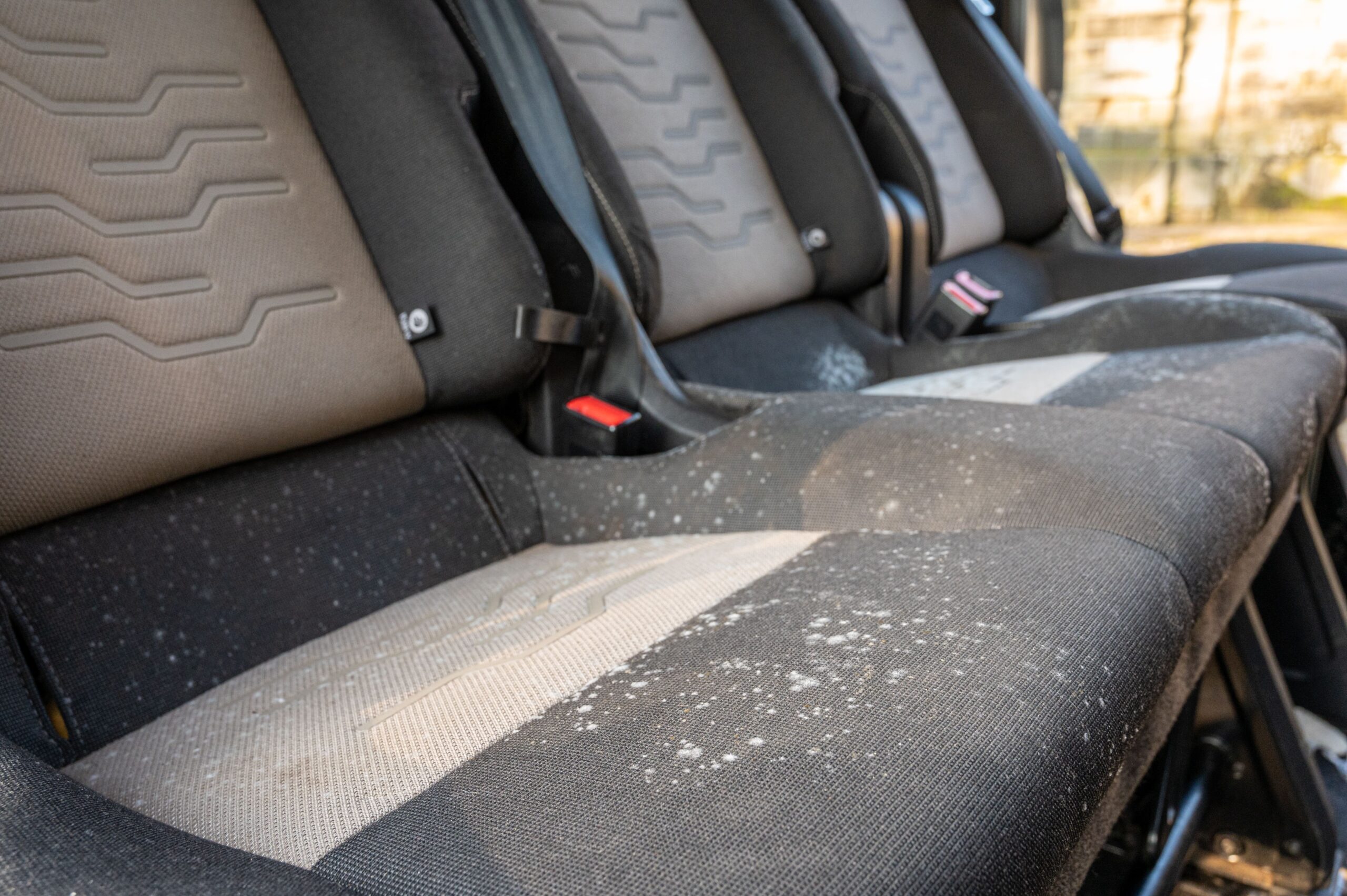 So, that was a comprehensive guide on removing mould from your car. It is important that if you remove it, you should ensure steps to keep the car mould-free later on. There are several other methods that you can use besides vinegar and you may try some of them.

If you’re not a DIY person like most, you may reach out to us at Medusa Auto Detailing. We are a rapidly growing mobile car valeting and detailing service in London. We’ll remove all the mould for you at your house with the proper tools and techniques.

Have a look at our Mould & Sanitisation Service 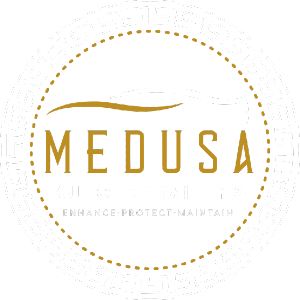 Congestion Charge & out of area surcharges may be applicable.

After hours appointments by special request

This website uses cookies to improve your experience while you navigate through the website. Out of these cookies, the cookies that are categorized as necessary are stored on your browser as they are essential for the working of basic functionalities of the website. We also use third-party cookies that help us analyze and understand how you use this website. These cookies will be stored in your browser only with your consent. You also have the option to opt-out of these cookies. But opting out of some of these cookies may have an effect on your browsing experience.
Necessary Always Enabled
Necessary cookies are absolutely essential for the website to function properly. This category only includes cookies that ensures basic functionalities and security features of the website. These cookies do not store any personal information.
Non-necessary
Any cookies that may not be particularly necessary for the website to function and is used specifically to collect user personal data via analytics, ads, other embedded contents are termed as non-necessary cookies. It is mandatory to procure user consent prior to running these cookies on your website.
SAVE & ACCEPT

The Zeus – Silver valet is designed to give a professional clean of both your vehicles exterior & interior. The Wheel & Alloy Detail ensures an extensive clean targeting not only the tires but also your alloy barrel removing tar build-up in the difficult to reach areas.
The objective of the interior detail stage is to target dust & bacteria inside the vehicle. Our technicians are trained detailers and know it is the crevices that often go unnoticed. This service provides a deep-clean of the interior cabin in preparation for the surfaces to be treated. Our premium surface treatment protects interior surfaces from fading, discolouration, damage from UV rays and is also a repellent against spillages ensuring that your vehicles interior stays cleaner for longer.

The elements can be rough on a vehicles exterior, especially living in London, from salt/grit and road contaminates to UV damage from the sun. Our Exterior Only Detail is a professional spa-like treatment for your vehicles exterior! We deep clean, decontaminate and add long-term protection leaving you with a showroom quality shine and gloss your ride deserves and needs! We recommend this service bi-annually.

The interior valet is there for people who are not as worried about the exterior of the car but like to have the interior fresh, clean and hygienic.

Our Interior Only Detail will leave your vehicles interior revitalized, sanitized, protected and perfected. We raise every surface of the interior to the highest level of perfection we can while paying close attention to every detail, surface and knob. We leave no area untouched! Your vehicle will thank you and will be in better condition than when you got it!

Need a really clean car quickly? Pandora – Bronze is the perfect package for you. Designed to provide a light clean of the interior and exterior of your car, this package allows you to conveniently book a wash to your doorstep where our fully qualified technicians will clean all of the general areas of your car with care. We still use the fluffiest micro fibre cloths, premium lambs wool mitts as well as the industry’s leading products for this service.